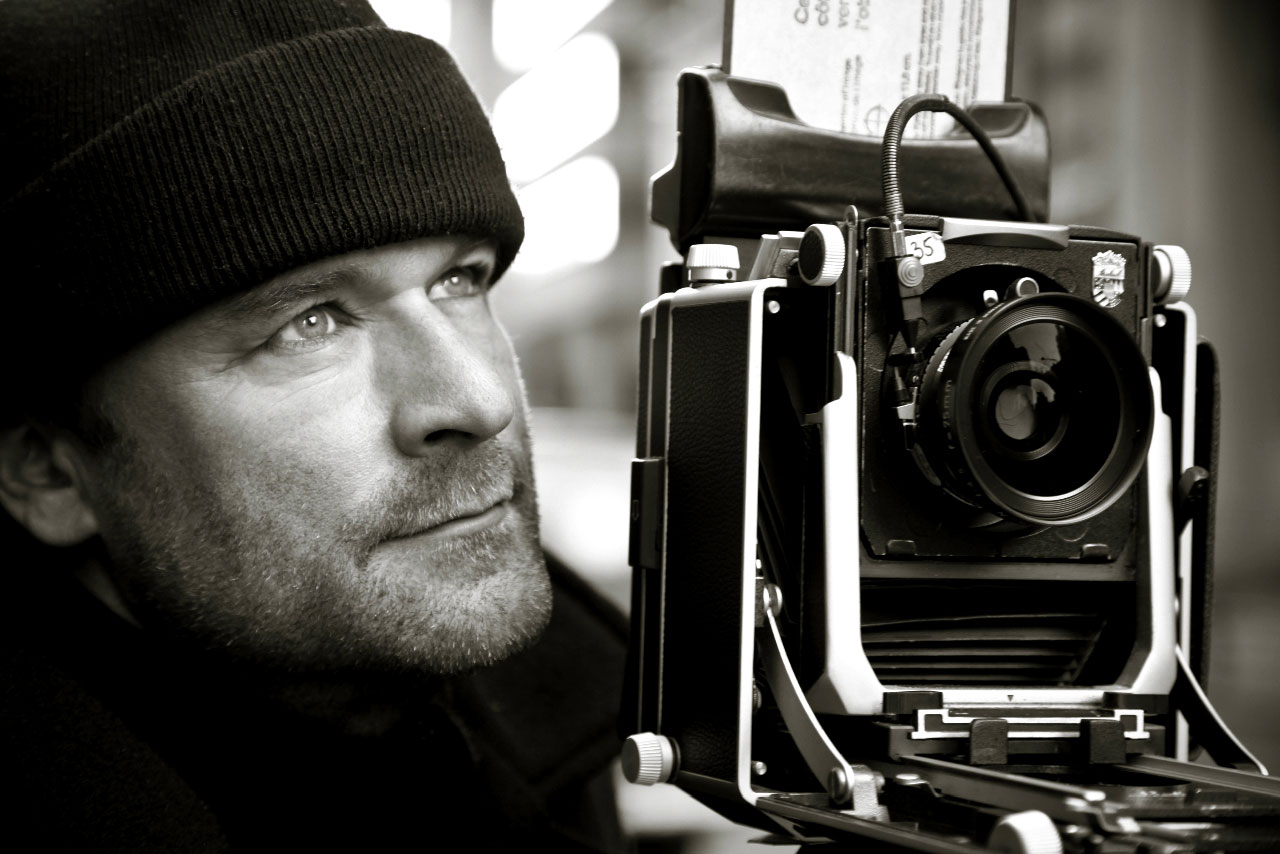 Photo: Christoph Adler
Christopher Thomas was born in Munich in 1961 and graduated from the Bayerische Staatslehranstalt für Photographie. He has received a number of international awards as a commercial photographer. His photographs have been published in many magazines such as Vogue, Harper’s Bazaar, Elle, Cosmopolitan, Süddeutsche Zeitung Magazin, Geo, Stern, and Merian.

In the 1990s, Thomas also worked as a photographer for aid organizations such as Nepra e. V. and DAHW (German Leprosy and Tuberculosis Relief Organization) on numerous trips to Nepal, India, and Ethiopia, for which he received the World Press Award and the Epica Award (both 1995) as well as the Gold Medal (1995) at the New York Festival. Between 2012 and 2016 he accompanied an international group of female plastic surgeons on their travels to India and Bangladesh documenting their work.

As an artist, Christopher Thomas has established a reputation above all through his city portraits. His series Munich Elegies was published in 2005 by Schirmer / Mosel Verlag. This was followed in 2009 by the series New York Sleeps published by Prestel Verlag.

In 2010 Christopher Thomas photographed amateur actors and actresses during rehearsals for the Passion Play in Oberammergau. The result was a series of fifty-six portraits, reminiscent of paintings by Old Masters, which evoke the spirit of the Passion Play. These portraits were published in a book titled Passion by Prestel Verlag in the same year.

Works by Christopher Thomas can be seen worldwide in renowned photo galleries and at trade fairs, but also in large private and institutional collections such as the François Pinault Collection, the Nicola Erni Collection, the Sir Elton John Photo Collection, the Art Collection of the German Bundestag and many others.